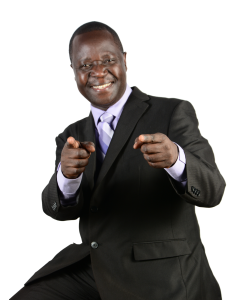 The outgoing Governor Okoth Obado has singly contributed to the impoverishment of Migori more than any other individual since independence.

Where he found a thriving tobacco sector, he collapsed it by open favoritism in one part and antagonising companies which relocated abroad and in other counties.

This resulted on tobacco farmers in Kuria, Uriri, Suba and Rongo becoming destitute as he did not replace the companies he had chased. Where there were proud, respectable farmers, now there are beggars as crime rises in the villages,

The County Assembly of Migori had, in its wisdom, passed a Sh100million budget to grant traders and entrepreneurs in Migori as non-interest loans. Money Obado never disbursed through proxies at his administration.

In his economic sabotage, Obado also started a chicken rearing programme dubbed “Kuku Ni Pesa”, which was touted as his wife’s initiative but was in fact fully funded by the County Government of Migori.

While these project created weak Saccos, the governor ignored funding allocation to cooperatives, which is a fully devolved function, like coffee cooperatives at Gitungi, Nyabikindo, Nyabosongo, Mahuntutu, Wangirabose, Sakuri, where tenders for various projects had been floated and awarded, could not take off.

Okoth Obado has a very misleading demeanor. When one encounters him, they’ll be forgiven for thinking he’s the most sincere and harmless man they ever encountered with his shy smile, low voice, deliberate, slow mannerisms and an unwillingless, almost inability, to annoy.

He has a voice in awarding of tenders as the tender committee is non-existant in what has been seen in several audit reports.

Obado has also undertaken projects that were not approved by any organ of the county government like TV adverts, failure of Sh180 million street lighting programne starting from Kakrao to Isebania, which was shelved when Kenya Power and World Bank rolled a similar project.

The effect is that Migori town remains a dark, scary place where market women run home to the relative safety of their unlit homes at the first sign of darkness.

In the four years of Obado, the county’s towns have stagnated because the lights that could have helped extend business hours, were turned into cash now being used to buy voter support.

10 new polytechnics were tendered and awarded, having been scaled down from storeyed structures to single floor units with four laboratoy-classrooms and a total of 120 ECDE units were also tendered in the first year.

The next year would have seem another 10 polytechnics and more ECDEs built. So far almost all have flopped completely.

The only executive who stood against cronynism Maj (Rtd) Erastus Nyamori, was fired to intimidate the rest to be boogeymen as budget was ignored through the assembly Budget and Apporopriation Committee.

4. NO PUBLIC HEALTHCARE IN MIGORI.

When he took over government, Okoth Obado gave the impression that his priority was health. Several health projects were started at the county hospital and sub county facilities were being upgraded.

This ended when tendering process including supply of medicine became a cronyism affair with air being delivered in hospitals.

Obado has also persistently called medical workers in Migori thieves, which seems to be like the proverbial baboon that laughs at another’s ass.

The result of this posturing by the governor has been that medical personnel have fled Migori, which at present does not have a physician or radiologist and other critical personnel who have declared they cannot work where they aren’t appreciated.

Agriculture is a devolved function. Food security in the county depends on the policies that the CG puts in place to support local farmers and ensure there adequate food supplies.

The CG of Migori does not have policies. Farmers must be given subsidies in fertilisers, seed and provided with extension services to be able to pick up better techniques and improve yields.

That doesn’t happen in Migori.

When the CG of Migori attempted to supply inputs in 2014,insiders benefitted more than the public.

In many wards, people have never known that there was a dairy cattle programme and a place like Nyatike was altogether excluded. In some places, the cattle were taken up by administrators through proxies while the farm inputs were given to traders who later sold them to farmers. What would have been a programme that benefitted farmers benefitted the governor and his officers. And Obado reaped millions of shillings from the procurement.

Even a mad person cannot forget a person who screws them this mercilessly and violently!

(The post is from the candidate’s official FB campaign page)