Widows to get help Public administrators 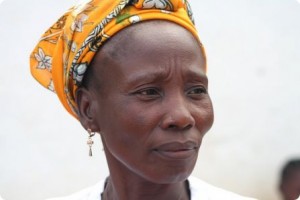 A deputy county commissioner has warned the public against depriving the widows their rights to own portions of land.

Speaking during a burial ceremony at Kitere village, Rongo sub-county over the weekend, the Baringo North deputy County commissioner Joshua Onyango Ogango said the government will arrest those who use dubious ways to acquire widows’ land portions.

He said that the government will not relent in pursuing legal procedures to see that every Kenyan is protected against any form of discrimination calling all the perpetrators to deceit from wrangles over land especially with widows.

“I assure you the law recognizes widows’ rights to inherit their fallen husbands property and land. All of us must respect this law,” said Onyango

However during the same function, area assistant Chief Joseph Nyamanga who hosted the deputy county commissioner, was shocked by the current trend of police officers guarding Christians while in prayer sessions urging Kenyans not to associate with any form of terrorism.

He appealed to the public to value patriotism message derived from national anthem which he said will save the country from acts of terrorism and forms of criminal activities.

Nyamanga further told Kenyans not to wait for a disaster but to prevent it by being cautious with    terrorists.

The deceased, Teresia Opere Ochumba was the mother to Dr. Don Bosco Ochumba of Kenya Medical Training College who also asked the public to be vigilant as the government deals with terrorism that has threatened national security.