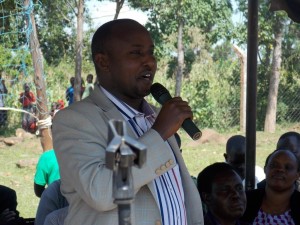 Junet is among politicians in the country who have been summoned to record police statement over hate speech.

“When I criticize the Jubilee government I do so as elected leader and it’s my job which won’t be stopped even with 50 similar sermons,” Junet said.

“We respect Raila as the party leader for ODM a position which is also help by president Uhuru Kenyatta and his Deputy William Ruto in TNA and URP parties,” he said.

Junet said that if what he says in rallies is insult then it’s his reaction on what Jubilee leaders say against Raila and Cord.

“Every time they insult Raila and Cord we will react back and that’s not hate speech,” he said.

The legislator defended the Saba Saba rallies as a push for national dialogue to help save the country from insecurity, corruption and nepotism in job allocation.

“We need to have a dialogue to help move the country forward as ODM has 95 MPs and Cord was voted by close to 6 million Kenyans who need to feel secure,” he said.

He was speaking in his constituency at Sagegi Mixed Secondary on Sunday when he officially opened a Sh3.9million bore hole that will serve 500 students of the school.

One thought on “Summons won’t silence me- Junet”