Notice: Undefined offset: 2 in /home/absalogi/public_html/wp-content/plugins/visitors-online/visitors-online.php on line 438
 Show me the killers of my son before i die- Chris Msando’s mother | Migori News 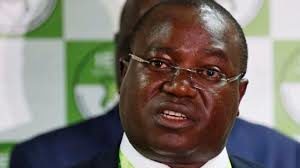 By MN Reporter
Slain IEBC’s ICT manager Chris Msando’s mother has asked the government to show her the killers of her son.

Mary Aloo, speaking at Lifunga Village in Ugenya yesterday said she wanted to see those who murdered her son in cold blood before she dies.

She said she is sickly and has no one to ‘treat her’ as it is Msando who used to take care of her hospital bills.

“Chris left when am sick but I will die later only when the government shows me his (Msando’s) killers.

Aloo wondered why ‘they’ had to kill him yet there was an option of taking his son to court if he wronged them in any way.

“If the courts would have found him guilty and told him to pay any fine, I would have sold part of my land to settle the court fine and set my son free,” Msando’s mother said.

Msando’s sister Alice Msando however urged the government to involve the Federal Bureau of Investigations (FBI) in solving his brother murder.

“We just want to know the killers but there is nothing we can do about it,” Msando’s sister said.

The former ICT manager for IEBC was found dead in Muguga forest on July 29 this year after he was reported missing by his family.