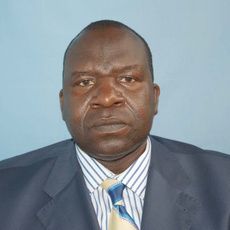 Former Nyakach MP Ochieng Daima has called on the ODM party to allow the use of IEBC to conduct the party primaries in a bid to have free and fair nominations ahead of 2017 general elections.

This comes barely few days after the jubilee party leadership hinted to use the IEBC to conduct its party primaries which however was met by numerous criticisms from some of the CORD members in their nominations.

Daima said that the move shall ensure the party nominates people of integrity to avoid nomination flop as well as deal with those members who cling on Raila Odinga for favoritism.

Speaking at Koderobara sub-location Rongo Sub–County during the burial of the retired teacher Solomon
Odhiambo Uyala.

Daima said that the move will help to reform the party with the verge of stemming out nomination impasse which has cost the party some seats in its strong hold in the past elections.
“We’ve witnessed this and the fact is IEBC has conducted several elections and nomination, and if it’s given this mandate be assured and confident that everybody shall laugh at the expense of previous broken nominations,” said Daima.

The former legislature who is eyeing the Nyakach seat yet again in the forthcoming general elections at the same time asked the Nyanza residents to acquire voting cards and vote saying that it’s the only way jubilee government can be ousted out adding that they have messed up the country’s economy.

“This country is going down to its knees economically. The fact is that jubilee government is practicing public relations and i tell you if they are given yet another chance to rule this country will be a recession nation,” he added.

He besieged those who are defecting to jubilee saying they will regret later since nobody will consider them when the time comes for positions. On his part David Osiany who is also aspiring the seat of Rongo MP commended the use of IEBC to conduct party nominations but only if the party strengthens its structure.