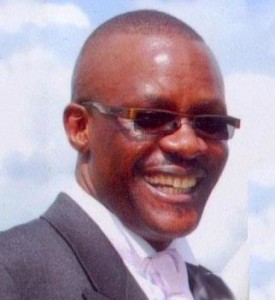 These are the IEBC which is mandated to organize and superintend the polls and declare the results thereof and the Judiciary which through the courts, is tasked with the duty of adjudicating over electoral disputes.

Both bodies are expected to be independent while discharging their respective duties and are therefore obliged to be manned and guided by people with high moral integrity, beyond reproach and unquestionable professional competence for ensuring impartiality, accountability and transparency.

However, judging from the unfolding experiences under the Jubilee Government, it appears that the ruling Executive is now intent on exercising undue influence and control over the two electoral oversight bodies.
And this is why.

Firstly Cord has expressed misgivings on the independence and competence of the current leadership of IEBC as constituted and has called for an overhaul of the body following botched 2013 as seen by an avalanche of court petitions and wastage of public funds through fraudulent and questionable procurement deals.

Jubilee mandarins have not only refused to heed CORD’s call for audit and overhaul of IEBC but have also turned blind eye to the incriminating reports of the Auditor General, Parliamentary Accounts Committee (PAC) as well as Judicial findings piling blames on IEBC for electoral misconduct.

Clearly, the Jubilee Administration feels comfortable with the current Commissioners of IEBC simply because their partisanship and partiality works in favor of the Jubilee Leadership as was manifested in the conduct of the 2013 General Elections.

Second, following the much-criticized Supreme Court ruling on the 2013 Presidential Election Petition filed by Hon. Raila Odinga, the ruling Executive has apparently picked up the cue and is wasting no time in preparing grounds for the anticipated changes in the membership of the Supreme Court, in readiness for the 2017 polls.

Most of the Supreme Court Judges are set to retire by operation of the law prior to the 2017 polls and will have to be replaced a move anticipated through a friendly JSC over and above on amenable National Assembly in the vetting process.

Already, President Uhuru Kenyatta is under fire from the Law Society of Kenya (LSK) for failing to execute his Constitutional mandate to appoint all the 25 lawyers approved by both Parliament and JSC to serve in the Judiciary after he picked only 11 candidates.

Raising further fear is Jubilee’s plain refusal to reform the security sector as recommended by the Kriegler Report and the National Accord and Reconciliation Act (especially Agenda IV).

Kenyans should always remember that the 2007/08 PEV was caused by government influence on electoral body announcing the results.

Prior to the polls, former President Mwai Kibaki unilaterally picked members of ECK against the wishes of the opposition which was key in building public outrage.

That’s why Kenyans should be of Jubilee Government move to control election bodies ahead of next polls.

The writer is a Management Consultant based in Nairobi.