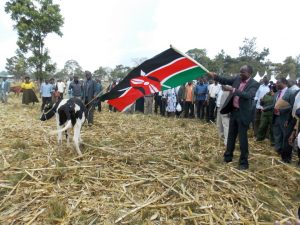 On September 1 the Citizen Digital website published a story titled “I need a re-election to settle my loans, says Governor Okoth Obado” which started trending online and most preferably Migori county blogs.

The original story is published here

The local reporter for Royal Media Services had a voice recording of the governor while addressing the striking nurses.

In the recording Governor who tries to empathise with nurses whose deductions, including loans ranging to Sh13million which not been remitted, drew parallel with his own case.

Apart from the journalist, others including striking nurses and by standers recorded the video to make it an open secret.

Sadly Governor Obado’s press led by an overzealous in-house journalist led in shallow attack on the journalist in name calling spree which degenerated down into open abuse.

That was in bad faith not only to this particular journalist, but the media fraternity in Migori county as a whole.

The attacks showed the level of disdain scribes are treated by county government coming barely a week after journalists through their Migori forum met in a Kamakunji to raise issues about covering the Governor.

First, it could have been prudent for the press team (which has dozen workforce including practicing journalist) to offer a concise, grammatical correct and direct statement on the story.

A professional press team should have also offered a counter story with Obado’s response through other media channels, which is how it should be done instead of fighting with the press.

Several sober journalists, county government workers and level headed Obado’s supporters rose above the fray to point that out.