Notice: Undefined offset: 2 in /home/absalogi/public_html/wp-content/plugins/visitors-online/visitors-online.php on line 438
 We have doubt on Jubilee respect over handshake after Miguna mistreatment- Masara | Migori News 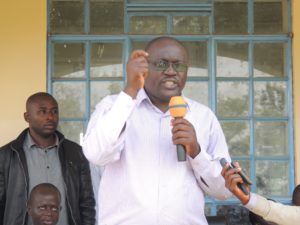 Masara said the re-deportation of self-styled National Resistance Movement general has raised question about respect of the gesture from the Jubilee government.

The legislator said despite sparodic demonstrations in Kisumu town over Miguna’s mistreatment, they still have hope that the handshake will go on.

He said the mistreatment has created doubt of respect and honesty but insisted that “we will support the handshake.”

“The recent deportation on Miguna has thrown doubt on our side,” Masara said.

He said he was ashamed as a Kenyan as the standoff was captured internationally and created fear of similar widespread mistreatment.

He said on Tuesday parliament’s committee member on Internal Security and Administration, which he is a member, will call all relevant officials to shed light on the saga.