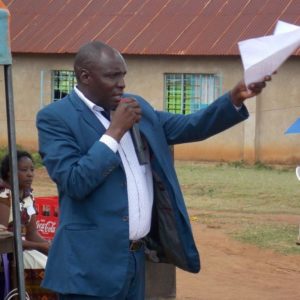 The Luhya community living in Migori have endorsed educationist Solomon Hodo ahead of October 8 by-elections to get the county third senator.

Hodo will vie as an Independent candidate.

At Bware center in Uriri constituency, the community led by its elders and opinion leader said the 60,000 votes from the community go as a bloc for Hodo.

Jeremy Otiende, the Secretary General of Luhya Elders in Migori county said the move is to ensure the community marks its stake in the county politics.

“We have announced that as Luhyas, we are in Migori we need to have our socio-political space known,” Otiende said.
John Agufa, the chairman for Luhya Council of Elders said despite living in Migori for long and voting in each elections they have been ignored.

He added that in October 8 by-elections the community “needs a county share as the Luo have a governor, Kuria a deputy governor and the senator seat should be given to a Luhya.”

Hodo welcomed the endorsement saying he has already met with elders from Kuria, where he resides in Kuria West, Suba and Luhya to help unite the cosmopolitan county.

“A minority if given an opportunity will be able to serve all Migori residents and unite them, I am ready to carry out all duties of a senator,” Hodo said.