Kuria potato farmers form saccos to save them greedy middlemen 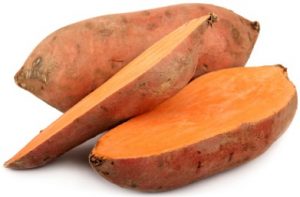 Sweet potatoes farmers in Migori County are set to form Saccos in a bid to protect themselves from exploitation by middlemen.

The farmers said middlemen were taking advantage of their lack of unity by buying their potatoes at very low prices.

Through the initiative of a local businessman Matiko Bohoko who is mobilizing them, the local farmers will have a stronger voice while fronting their issues.

The farmers from Kuria East and Kuria West said only a sacco would enable them have a say against the exploitative middlemen.

“We have decided to come together as sweet potatoes farmers to defeat the exploitative middlemen. We are the process of forming the Sacco which will be registered in the coming months,” said Mr Rioba Mang’era,  a farmer from Kuria West.

They also explained that with transporting the potatoes to Nairobi was almost impossible but this was going to change with the Sacco.

“Scores of farmers here would wish to take their sweet potatoes direct to the markets in order to get good prices but they are constrained by transportation,” added Mr Rioba.

The farmers have been left to depend on traders from Nairobi,  Kisii and Nakuru, who flock to the region with trucks, to buy the produce.

With a Sacco, the farmers say they will be able to pool produce together and take it to the markets without relying on middlemen.

“If we come together in a Sacco, we will be able to hire our own means of transport to take our sweet potatoes to the market without depending on middlemen,” said Ms Rael Robi, another farmer.

Matiko Bohoko, said they have put plans in place to facilitate farmers to visit farmers in Meru county who have successfully embraced Saccos.

“Sweet potatoes farmers will soon visit their counterparts in Meru  specifically to learn on the best way to run a Sacco. This will go a long way in helping the farmers come face to face with the advantages of Saccos,” said Mr Bohoko.

One of the success stories Kuria farmers will be learning from is Meru Friends Sacco, which has set up a processing plant worth kshs. 50 million bakery and milling plant.

After the exit of tobacco companies from the region, most farmers in the Kuria region are shifting to alternative farming methods with potato farming being one of them.