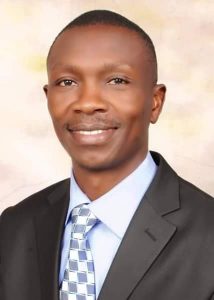 A total of Sh 6.5 million meant for bursary was distributed to 21 secondary schools in Kuria East which will benefit over 8,000 needy students who applied.

Projects that benefited from the funds include the modern  51 million Kegonga Police Divisional Headquarters which received a 4.5 million cheque for its completion.

But MP Kitayama warned the residents against swindling money meant for development.

Kitayama said the biggest obstacle to ending corruption cases in the country are citizens who don’t take active social audit part on development projects in0 their area.

“We have residents who know the amount in buying materials, but will still stay mum when goods and services are overpriced because they don’t take part in development projects,” Kitayama said.

He said the biggest obstacles are caused by Project Management Committees who are the point persons to give a green light for contractors to be paid in projects funds like National Government Constituents Development Fund.

“Most often a half a million shillings can be used to build classrooms and dormitories in institutions, but because most Kenyans ignore projects in their areas the amount is bloated,” Kitayama said.

Kitayama warned PMC from colluding with contractors to inflate prices of project materials a scenario which raises the cost of completing a project.

He said most committees also insist on having several meetings before completion of projects to deliberately increase sitting allowances.

“These meeting have dragged completion of projects as they seek kickbacks from contractors, those where citizens raise complains we will ensure they are broken and new ones formed,” he said.