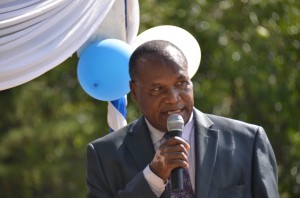 Migori County Assembly has now moved in to cancel section of job appointments made by the County Public Service Board, (CPSB), setting stage for bruising battle between the two institutions.

The decision was reached at after a lengthy debate at the assembly where Members of County Assembly, (MCA’s) accused the board of employing without considering the needs of the county.

The positions whose recruitments were nullified were the Town Administrators positions which was hired by the board late in November.

While contributing to the debate, Deputy Speaker Boaz Okoth said it was unfortunate that the board had opted to recruit without first accessing the needs of the county.

“Employees of the County have to be employed with specific duties in mind,” he says adding that there was no way the administrators could be hired and yet the board which was to supervise them had not been constituted.

At the same time, Okoth insisted that it was not the duty of the board to declare a region as a ‘town’ saying such a decision rested with the Governor after a committee had done its investigation and confirmed that the area met the standard of a town.

Saying the county was at the moment reeling from the huge wage bills, Okoth said the assembly would not just keep quiet and see the wage bill continue getting higher.

He said the county will end up with no money for development if the board was allowed to continue with its current trend.

And while contributing to the same debate, Abednego Maroa, an MCA from Kuria West said it was clear that the laws and regulations on recruitments were not followed  in hiring the town administrators and demanded that the board members be surcharged the salaries and allowances earned by the officers.

“Somebody must be made accountable for this to ensure that the money they had been paid is recovered,” he said adding that the money should not be left to go to waste.

He was supported by Gucha Jacks wondered who said it was important that the board realised that although their work was to recruit, they were only to hire when there was need.

And while delivering his ruling, Assembly speaker Gordon Ogolla said it was clear that the recruitment had been done irregularly and had to be cancelled.

“The assembly recommend for the immediate nullifications of the hiring done by the board,” he said adding that the assembly wad there to safeguard the constitution and that was what they were doing.

He further explained that for place to be referred to as a town, a committee was first to be formed comprising of professionals from various sectors to confer town status to see if it merited being elevated to town status.

He therefore directed the county treasury to suspend payment of salaries and allowances to the affected officers. And they should not access their offices to purport to discharge any duty on behalf of the county administration.

On his part, Migori board chairman Peterlis Nyatuga has however defended their hiring policy saying they had done nothing against the law.

One thought on “Assembly cancels section of Public Service Board appointments”