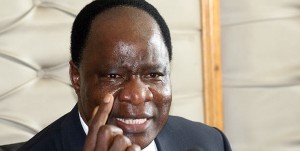 The editorial board of Migori News sat down to make a list of 20 politicians who influenced Migori county leadership in 2015 either positively or negatively. Here is our first part which covers No. 11-20. Watch out for part two: 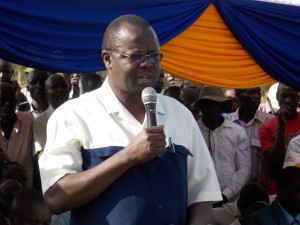 By 2015 they changed their title to ‘Political Activists’, the same title they use to introduce themselves to elected leaders and aspirants. They are mostly stationed around Posta Grounds and most boda-boda stage within town. Any politician seeking support within Migori must enlist them to as bloggers-for-hire on social media (Facebook), political mobilsers and security guys. Their tenacity has forced Gov Obado to build a stage for them after they earlier booed his motorcade even after being assaulted by at county offices. Suna East aspirant Odipo Jawasweta, Suna West’s Peter Masara has offered jua kali umbrellas and boda boda sheds to appease them. Most have upgraded and ended up being Personal Assistants, contract brokers, bodyguards and Facebook handlers for politicians. This position is dedicated to the late Mzee Ong’ele and Tony Abondo (R.I.P).

19. Philip Makabong’o, County ODM Chairman
2015 has been a good year for the Rongo politician after he was elected Migori chairman in a low key campaign for that post compared to the neighbouring Homa Bay county where legislators Gladys Wanga and Opondo Kaluma had a hot race. Makabong’o attempts to be the first Migori speaker and Rongo MP fell through, making his appointment a relief and may be a stepping stone for his ambition. 2015 was the same year he received condemnation from his fellow party officials and other aspirants for openly campaigning and being a sycophant of a governor and MP aspirants, claims he denies.

18. Paul Odhiambo, Aspirant- Uriri Constituency
By close of 2015, Odhiambo who is a Mombasa based businessman has managed to gain ground and popularity to over shadow his fellow rivals and incumbent John Kobado. Even though Odhiambo was sidelined by Kobado in last ODM polls by his siding openly with Gov Okoth Obado of PDP, the politician still enjoy support of most elected and nominated MCAs from Uriri. Hisground presence, funds drive and projects stand out despite being away from power. Equally he has maintained a steadfast criticism of Kobado which has seen him gain more ground compared to his rivals and become the face of Uriri.

17. Elias Okumu, Nairobi County Majority Leader- Aspirant Suna East.
The bully man wants to shift his political base from Kileleshwa Ward in Nairobi to up-country and his rural home of Suna East. He is the latest entrant in the field to replace the incumbent Junet Mohammed and makes it to the list by making ground and establishing his name in a short period of time. Others are businessman Odipo Jawasweta, former MP John Pesa among others who came before him. He enjoys support from Orange House and may rival Junet Mohammed perceived closeness to Cord leader Raila Odinga. 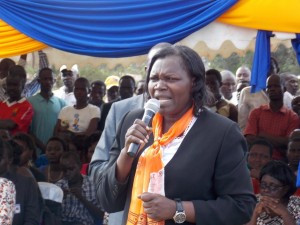 We had considered replacing her with her rival Fatuma “FullNetwork” Mohammed at this position, but she carried the day for making an impact in the seat at a very shot time. Her presence in 2015 woke up “FullNetwork” from slumber to the ground after it was assumed the Woman Representative seat was to be a two horse race in 2017. She is an eloquent speaker and captivate the ground. She has quickly erased other aspirants from the seat like Mrs Owino Acholla and Roselyn Ohanya from Awendo who vied last year.

15. Richard Solo, Former Majority Leader
It has never been a rosy year for the North Kamagambo MCA as he chose to readily step aside when impeachment motion against him (as a member of County Assembly Public Service Board) was imminent. He left the seat the same way he was elected after Central Sakwa MCA Johnson Owiro was impeached earlier. Solo has defended himself insisting issues raised in misappropriation of close to Sh12miliion happened when Owiro was a majority leader. Solo was Hon Dalmas Otieno right-hand man in the assembly.

14. Dalmas Otieno, MP Rongo constituency
Being the most senior politician in Migori county, the Rongo MP is still a force even in silence. In 2015 he kicked off storm by declaring presidential interest through a new party dabbed ‘Kalausi’ to rival Cord leader Raila Odinga. He inspired rebellion by leaders not elected on ODM ticket in South Nyanza before going silent and minimising his presence on the ground which saw his supporters losing in ODM grass root election. His next political move of either defending his seat, seeking a senator or governor position and his choice of party is to shape 2016 elections.

13. Dr. Wilfred Machage, Senator
The good doctor from Kuria has managed to keep off Migori county completely by conspicuously missing in harambees, party functions and assembly debates. In 2015 he managed to assert an oversight role and talk about Migori county government corruption via a statement and address at assembly but quickly lost steam and went silent. His secretary Rose has taken up the painful task of representing him. The public view his election as of direct from infamous Luo-Kuria pact of 2013 when Raila endorsed him, he is yet to shake off the image three years after being elected. But despite his silence no rival for his seat has managed to bring him to the ground.

12. Ochillo Ayacko, Governor Aspirant
He has declared interest to form the next county government, and even though he’s to go on full throttle in his campaign he already got impact. The former Rongo MP and current chair of Nuclear Board, Ochillo bring a wealth of experience in political campaign. He chose not to vie in last polls and instead fronted his supporters. As a first time entrant in the field openly in 2015, he has gained ground without so much of effort thanks to his name popularity.

11. Walter Awol Sirawa, Aspirant Awendo constituency
Even though he got the ODM ticket, Sirawa lost to Jared Kopiyo who vied in a Ford Kenya ticket. Despite the loss, the astute businessman has successful managed to still remain relevant in Awendo Constituency politics by gaining ground and over-shadowing Kopiyo, despite being in opposition. He helped manage a latest visit of Cord leader Raila Odinga in Migori, which has seen his star rising. He has hit our 5th position as the first aspirant for remaining relevant from opposition, which is a mean feat.