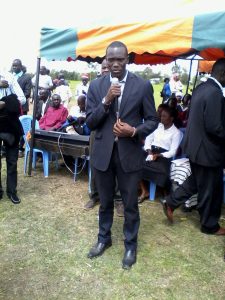 “The current group of MCAs have shown that they never intend to serve the interests of the electorates but their emaciated selves. They have rented hotel rooms in Migori, refusing to go to their home wards.”

These are the words of the incoming MCA for North Kadem, Billy Omondi, who believes it is time that “jokers” are sent home in the next general election.

The youthful Billy who has lived in Nyakweri village in Nyatike sub-county for the better part of his life has the firsthand experience of North Kadem’s day to day life. He believes he is better placed to help his people come up with solutions to their problems.

Billy says that there is a lot of untapped potential in the youth, and the people of North Kadem should tap it from him come 2017.

“It is our time the youth. We have been lied to for far too long but nothing has been forthcoming. In 2017, we will not be told what to do, are going to be the main speakers this time,” the North Kadem MCA aspirant says.
But the youth will not be coming empty handed to govern Kenya, more so North Kadem, in the coming general election. They will be loaded with education.

For Billy, he did not take education for granted. With the brains he was gifted with, he sat for his KCPE examination at St. Gabriel Nyatike where he managed to secure a chance at Kokuro High School.

But he later transferred to Sori High School where he again performed exemplarily and is currently at the University of Nairobi where he is set to graduate in December with a Bachelor of Arts degree in Public Administration, Finance option.

“I know a leader must be well versed with how things are run universally and that is why I stayed firm in my education, it is the key to the problems that we face, especially when it comes to matter leadership” Billy notes as he hands over his impressive resume to this writer.

However the development oriented North Kadem MCA aspirant decries the level of corruption that has been the major setback to development at Ward level.

He says that the electorate feels abandoned and languishes in abject poverty yet billions are set aside yearly for the improvement of people’s lives at county level.

“I am aware that several millions are allocated for the development of ward. But walk to my ward North Kadem for example, you cannot differentiate between tilled land and roads. It is a total mess,” Billy laments.

He adds: “Boaz Okoth, the current North Kadem MCA and doubles up as, speaker at county assembly, should start plans for his going home because he is in office thanks to sheer luck, he vied against nobody last time.” 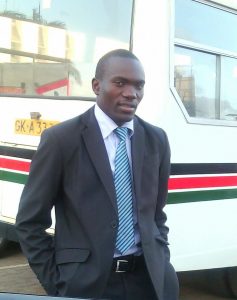 But Billy has not been sitting by, watching his people suffer. He has initiated a number of projects towards the empowerment of the people.

“As we speak, we have several women groups that I helped nurture their development and are up and running to the aid of our women in North Kadem,” he says adding that he also has youth groups, and more specifically, NASO Youth Group, to his credit.

He also boast of having aided many youth get employment as he worked with a local NGO in his area just after he completed his Form Four Studies.

He also has plans lined up to help the boy child in his Nyatike wards whom he says has been completely neglected.

“All NGO’s that come to Nyatike give much focus if not all to the girl child and the end result is very young boys dropping out of school and venturing into fishing or mining, which does not help them much,” Billy decries.

As this writer ends his conversation with Billy, who strongly believes in the ideals of ODM, he quickly says that North Kadem MCA aspirants should prepare for tough politics.

He explains that he has learnt from the best of the best politicians and no aspirants, as it stands, can match him.