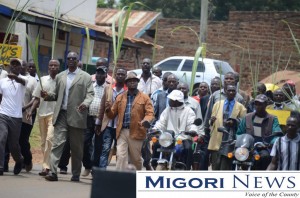 The Government has finally confirmed its plans to privatise five sugar milling factory in the country this year, although it is still holding onto the exact date for the sale of the plants.

The program to sell shares in Chemelil, Nzoia, Sony, Miwani and Muhoroni to the public would have been finalized by 2007 but the process got stagnated at cabinet level thereby generating a lot of anxiety in the sugar Industry in the country.

Currently, the bet is that when the planned landmark sale – to attract billions of shillings – will finally hit the road any time this year, it will be the zenith for what has been an unprecedented snow-balling of market anticipation.

Such has been the excitement generated by Kenya’s largest ever Initial Public Offer (IPO), especially among retail investors, most of whom, for this case, will be sugar cane farmers.

Most of the hopefuls- virgin investors who will be punting money in banks for the first time, are expected to run helter-skelter clutching copies of their national identity cards and two passport size photos, as if their very lives depend on it.

“I’m sure, when the bell will be rung for the privatization of the factories, the response will be fantastic, even overwhelming and bordering on euphoria,” says Ezra Okoth Olodi, the National chairman of Kenya National Sugarcane Farmers Union (KENSFU).

In any case, one of the aims of the state divestiture programme is to populate the factories with ordinary Kenyans.
But all these anecdotes about excitements and rush to own the milling plants aside, one major question now preoccupying the lips of farmers and other stakeholders in the sugar industry is; who is best suited to buy the lined up factories?

To those farmers and stakeholders trading with South Nyanza Sugar Company, Sony, the plant should be left in the hands of local farmers, who claim are ready to own it at all costs.

Analysts are however doubtful of Sony farmers’ capability to buy the factory owing to the huge amount of money – calculated at over Sh2 billion – required.

Already there have been suggestions from both experts and political leaders that Sony, likewise to the other four factories, be taken over by County Governments first, and gradually sold to farmers in the later days.

Deputy President William Ruto, when presiding over a funds raiser function in Rongo within Migori county recently, said the National Government was exploring ways of how the milling plants could be sold to the County Governments, which have the financial muscles to ensure the plants remains under managements that are indigenous to farmers.

“When all shall have been indicating that farmers have the spirit and financial capability to own Sony, then the Migori County Government will have no obligation to continue running the plant but to sell it immediately to farmers,’ said Ruto.

Like Ruto’s opinion, two Migori members of parliament have also prayed that the company be managed first by the county Government and later handed over to farmers.

Awendo MP Jared Kopiyo and his Suna West counterpart Joseph Ndiege however vilified the state for going too far in the privatization process without involving farmers who are the major stakeholders at the factory.

Addressing hundreds of farmers recently during a Migori County farmers’ stakeholders forum at Migori County stadium, the two legislators threatened to mobilise all farmers in their respective areas and elsewhere to reject the plan in case the Government implemented it without seeking their views first.

“We are reminding the Government that we have no obligation to endorse a proposal passed by some Government officials without seeking our participation on how best it can be implemented,” warned Kopiyo.

He said Sony was the only factory farmers from the region were depending on for their income and cannot therefore be sold in a haphazard manner that would snatch from them the opportunity to fend for their families.

He said the Government must first put a good structure that will bring on board farmers and offer them a fair opportunity to own the factory.

“We don’t want to run into a situation that will deny the farmers an opportunity to buy the factory and leave it in the hands of investors who may not have a lifespan interest on the plant,” said Mr. Ndiege. 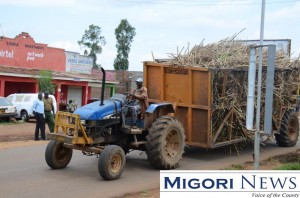 However, he told farmers to be ready to buy Sony at an opportune time when measures agreeable by all are floated by the state.

“You must be prepared from today to buy shares in the factory when the right time comes,” said Ndiege, and advised them to form cooperative societies and investment firms to enable them buy the plant easily.

Whatever happens, the resultant scenario will be fairly predictable: whether in the hands of Migori County Government or Farmers, Sony’s new management will have to work extra ordinary to make it viable.

For those already on the long beeline aiming to claim a piece of Sony, one word of the wise is apt: that they must be ready to slog it out for the long haul.

Experts say the fate of the Awendo – based company and that of local farmers are intrinsically tied at the umbilical cord. Without one the other cannot survive.

For this reason, the new owners of the Sony will have to come up with a more pro-active, adaptive and creative management and board of directors to make the factory afloat in whatever harsh market that will plunge on its way soon after buying it.

“It must be to their knowledge always that Sony sells a product whose sales can only be limited by its own productivity,” says Thomas Gumbo, a former civil servant who served as an agricultural extension officer for over thirty years.

Now a famous sugar cane grower in Uriri sub-county, Mr. Gumbo says the future earnings from buying Sony certainly look good, but quickly adds that this is certainly not an investment for those seeking to save money for short-term family use, like paying school fees for that promising KCPE candidate.

“In tandem, buyers must avoid using short-term loans like overdraft to fund what is essentially a long-term investment,’ he warns.

Of concern, therefore, is that Sony management is preparing to exchange hands at a time when the sugar industry is bracing for a stiff market competition from other COMESA member counties. For many years, Kenya has enjoyed COMESA safeguards that have protected local players from competition.

Sadly enough, the safeguards are now coming to an end February this year, opening up the market for other countries within the trading block producing sugar. The move is obviously going to impact negatively on Sony performance, even as it strives to remain afloat in the market.

But while Sony will have to contend with stiff competition, consumers will be savouring a sweet experience in reduced pricing of sugar. Currently, a kilogramme of sugar retails at Sh120 from local factories, but when cheap sugar will finally start getting their way into the country, the prices will obviously nosedive to the relief of the consumer.

However, with its long list of capital projects in new generation service delivery and expansion of sugar cane plantation, Sony on its part is likely to jump the huddles posed by COMESA countries to plough much of the profits it makes into the business for its survival.

Some of these great projects, which the company is already implementing and must be sustained in the years to come after privatization of the plant, include what has been dubbed “Mwangaza 2013”, a pillar to move the company from old-fashioned service delivery to networking with all its stakeholders.

The digitally enhanced programme is aimed at improving efficiency, effectiveness and the quality of the company’s overall functional processes and services to its internal and external customers.

Sony Managing Director Jane Odhiambo praises the initiative which she describes as a step geared towards offering World class services in a modern way.

“We envision that by the end of full implementation of the project, it will among other benefits, enable customers to get convenient access to information using the internet from anywhere and also be able to access key business content through a rich, unified and personalised user environment,” she said.

Odhiambo says Mwangaza will change the company’s processes from manual to a modern computerised system that will promote operational excellence by streamlining business processes, enhancing service levels and managing inbound and outbound logistics.

One thought on “Agriculture: Sony Sugar privatisation creates jitters in the county”