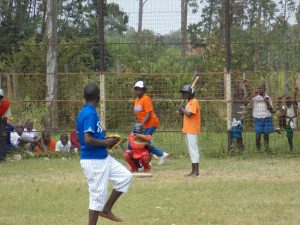 Three baseball players have been selected for trials at the Major League Baseball in the USA after a series of tournaments in Migori County.

The tournaments were organised by Migori County Baseball, Softball Association that was started seven years ago by missionaries.

In the most recent tournament, Wasio High School beat Warisia Secondary 13-9 home runs to lift the tournament organised at Wasio Secondary School by the association.

A butter from Wasio John Andati sent the home ground in a frenzy when he took Warisia’s pitcher Jackson Otieno throw by surprise when he sent the ball across the pitch to get four home runs.

In the under 12 boys’ category, ten primary schools from God Jope and Kakrao wards organised in central, upper and lower division battled it out.

In the Under 15 category upper also carried the day by beating lower and central division 5-4, 5-4 in botch matches. 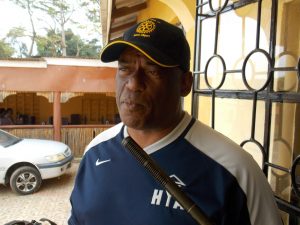 In girls Under 12 category softball category central won over upper division by 8-5 home runs before the Lower Division took the Under 15 age category by winning against Upper Division 8-0 in home runs.

Joseph Odero, chairman of the association said the missionaries and Hayward Baseball Youth Academy from California USA helped them with training and equipment after following their Facebook page

Christopher Major, Hayward official who visited the time at the close of the tourney said the winners will form a team to play boys and girls from USA in their age category on September.