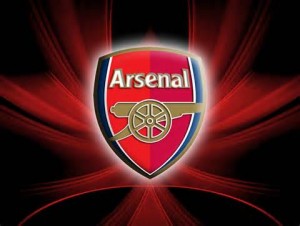 The Arsenal Foundation Ball that was held at Emirates Stadium last week gave the club’s charitable arm a significant boost in the £325,000 that was raised to help continue funding the many projects it runs.

Manager Arsene Wenger and his first-team squad attended the event, which was hosted by Arsenal fan and comedian Dara O Briain and which helped to boost the fundraising with bids in live and silent auctions, as Bacary Sagna outbid all for a Robert Pires signed shirt and Aaron Ramsey paid for a cookery class at a Raymond Blanc school.

The Foundation was not the only charity to benefit from the generosity of the Arsenal manager and players, who take on Hull City on Saturday in the FA Cup Final at Wembley. Wenger and the first-team squad also donated £135,000 towards an emergency appeal for Save the Children, the Foundation’s global charity partner. The funds will enable children affected by the crisis in Syria to regain a sense of normality by providing temporary learning spaces to help them continue their education in a safe environment.

The help for Syrian refugees continues the Gunners’ collaboration with Save the Children, in which the club has funded education projects in China, Indonesia and locally in Islington, that are giving more young people a chance to thrive.

This time last year, a new football pitch was opened by the club’s former defender, Martin Keown, in the Za’atari refugee camp, in Jordan, where some of the funds raised at the ball will go. More than 100,000 people, of which more than half are children, have fled the civil war in Syria for shelter at the Za’atari camp in the north of Jordan and Keown visited the site in his role as an Arsenal Foundation ambassador.

The aim of the new pitch is that playing football will give many Syrian children the chance to regain a sense of normality after the events they experienced in their homeland.

“It’s been a truly humbling experience coming out here and listening to some of the stories of hardship from children so young,” Keown said. “The strength and resilience that they show, having been through so much, is an inspiration and it’s been a privilege to support Save the Children’s important work and use the power of the Arsenal name to bring a little bit of hope and enjoyment to their lives.

“Football is a platform for bringing people together, instilling discipline, team work and a sense of achievement and wellbeing, which are vital ingredients for future success.”