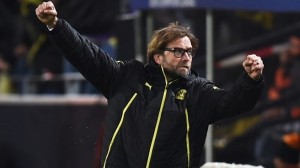 While Carlo Ancelotti admitted Real Madrid CF had been through “a night of suffering”, a beaten but proud Jürgen Klopp reflected on “an extraordinarily good” evening.

AnceJürgen Klopp, Dortmund coach
When I high-fived our injured player Neven Subotić after the game, he told me how proud he was to be a part of this team and this is exactly how I see it as well. You simply had to produce a video of this game and show it to all the teams that have ever lost a first leg 3-0.

The lads wanted to go through, we were unable to show that in Madrid, but today we were capable of showing that 100%. We were clearly the better side today and we really should have scored more goals, but because the game and our performance was so extraordinarily good I really will not make accusations to anyone today.

The atmosphere was extraordinary, but we were capable of lighting an early beacon of hope to show that something was still possible tonight – it was a simply extraordinary night!

Carlo Ancelotti, Madrid coach
It was a night of suffering but at the end of it we are happy as we are through to the semi-finals. The game was a difficult one. In the first half, we gave [the ball] away too much. We improved after the break. We needed a lift in spirits and to change some things a bit in the second half. The team needed to be encouraged more during the break. For me, the key to the match was the penalty we missed [before Dortmund scored in the first half].

Cristiano [Ronaldo] was OK but we preferred not to risk him tonight. He will be fully recov

ered for the semi-finals. At this stage of the tournament, every rival you face is going to be difficult.