OPINION: Why FGM is evil, against Christian teaching 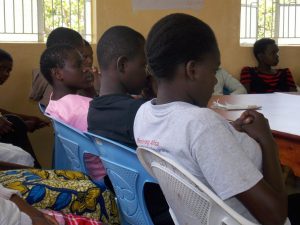 A section of girls who escaped FGM at Komotobo Mission Center on December 12, 2015

When God told Abraham to sign the covenant of the flesh, he circumcised all the male children and he was circumcised. The message was direct and in plain language as we read in the book of Genesis 17:1-27.

The agreement was strategically initiated and the male child grew beholding daily his agreement with God at every call of nature throughout his married life. The covenant of the flesh for a man is with ease to behold with no ill feelings or regrets without medication required afterwards in life.

When God told Moses that the Children of Israel shall not circumcise girls, the message was well understood and was given in a spiritual language which bears two warnings as espoused in Leviticus19:29-29.

From above scriptures, it is clear that FGM is akin to prostitution and a prime satanic sacrifice for a woman prohibited by God apart from dire documented negative side effects like traumatic child delivery requiring medication.

There is no open fold of a foreskin in a sexual organ of a woman to cut round that hides dirty stuffs that stinks.

There are no undue growths that warrant cutting and scrapping in her sexual organ.

It is my belief that it’s Satanic to propagate and take part in FGM, especially those propagating the lie that uncircumcised women stink and are bound to be “loose” sexually.

By pushing FGM though culture blanket, we risk pushing through devil’e work of undermining women in the world.

Satan has convinced men and parents to demand and shift girls’ natural divine onset to maturity from monthly period to FGM which favours men to a controlled sexual life style in marriage.

In Church of Christ, only uncultured men in Godly practices, uncouth, no witty and demonic sadist will applaud sexual mutilation of young girls.

They need to come and be renewed at the throne of grace for Christ is full of love and mercy for your free sanctification and redemption.

GOD OUTLAWED FGM WHICH WAS FORBIDDEN AND WRITTEN IN SPIRITUAL LANGUAGE, Leviticus 19:28-29.

The message is freely given purely to the body of JESUS CHRIST worldwide.