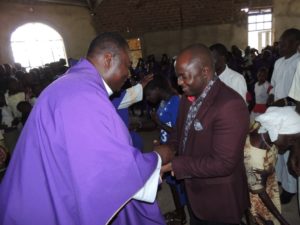 Uriri MP Mark Nyamita has asked National Super Alliance principal Raila Odinga to call for the dissolution of the coalition.

Nyamita said some parties in NASA were out to sabotage Odinga’s Orange Democratic Movement party by not honouring the coalition’s agreement.

“It is better to stay without a wife or get somebody you can stay with. Our position now is to strengthen ODM,” Nyamita said.

The MP said there was no need for the parties to claim to be united for a course but desert ODM and Odinga at the final hour.

“When we were in Homa-Bay, all NASA principal gave the people their ward that they were ready to take the bullet for them but turns out if it would come to that, only Raila Odinga would have died on the oath day,” the MP said. 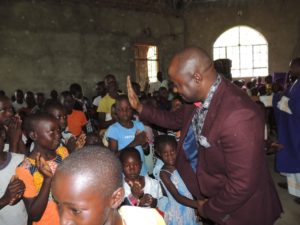 The MP said it was time for ODM to continue with the struggle on its own or NASA be dissolved to form one party.

“But we have the option of dissolving NASA and form one party because what is costing us is that all the principals want what Raila wants” the MP said.

He asked other NASA parties to appreciate ODM as it has sacrificed a lot for them in the Senate and National assembly.

“In the senate ODM was kind enough to let other NASA parties take up parliamentary party positions,” he said.

But Nyamita said the parties were now shortchanging NASA is the National Assembly by forwarding names to a Parliamentary Commission where ODM had its member.

“Just the other day, Wiper forwarded Ben Momanyi to the commission where Gladys Wanga was and we have also decided to forward Okong’o Omogeni to the same commission and waiting to see how it plays out,” the MP said.

Nyamita said ODM MPs will not sit back and watch as the agreement among parties in NASA is disrespected.

“There is no need of we (ODM) being with them in NASA yet their hearts are somewhere else,” the MP said.