Sharon killers want to assassinate me- Junet, as beef with Obado escalates 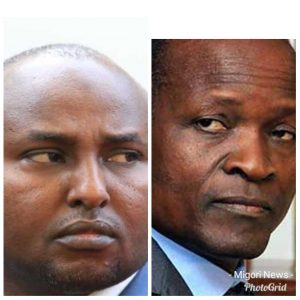 Junet took it to twitter claiming that killers of Sharon Otieno, Obado’s girlfriend found murdered on September 3, are out to finish him,

“Sharon killers are planning to assassinate me and I got your threats,” Junet said.

He added that as a Muslim he does not fear death, and ended up tagging Director of Criminal Investigations and ODM leader Raila Odinga.

Obado is currently facing murder charges following the death of his girlfriend and their unborn child.

He is out on a Sh5million cash bail but his two aides- Michael Oyamo and Caspal Oyamo- and county government clerk Grado Kithine are behind bars facing similar charges.

Both Obado and Junet have been politically at loggerheads and their supporters have been at each others neck on social media.

The two leaders never share any political platform as their differences have escalated.