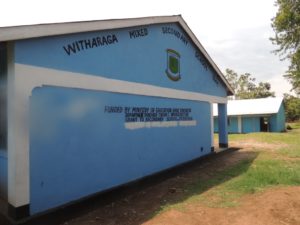 A missing KCSE candidate in Migori county was found alive after he went missing Tuesday evening.

According to his uncle Daniel Oketch, the candidate was found in a distressed condition making it difficult for him to communicate.

The uncle said his nephew was found inside a cane plantation by cane cutter who then alerted the family.

He added that the WItharaga Mixed Secondary school student was taken for checkup at Migori Referral Hospital before being allowed to go and sit for his remaining examination.

Villagers and the boy’s family congregated at the boy’s home in Witharaga for prayers for having found their son alive.