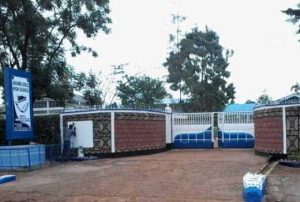 Two deputies at Asumbi girls on Monday frustrated a parent blocking him from pleading to have his daughter be in school over balance.

According to the parent who escorted the daughter to school to explain why she could not report to school last week was surprised upon being denied opportunity to commit in writing to be allowed to settle the balance before 20th this month.

Mboya Rachuonyo pleaded with the administration not to traumatize the student by ordering her out of school as support staff and fellow students watched in disbelief.

The parents were out of the country as from 27th July, they rushed to Dare salaam on the 28th July upon receiving information that their son was killed in Tanzania over misunderstanding.

The parent, reaching Asumbi had brief talk with the principal before he was referred to the two deputies sharing one office who demanded to know the student’s fees balance and sent her to the accounts department to get the breakdown of the payments made since year one to date indicating a balance of sh.23,000 including third term payment.

The parent was shocked as the two deputies thwarted his efforts to be allowed to travel back home to source for money to bank and present the bank slip either tomorrow or another day but quickly ordered to leave the office and take his daughter back home until the balance will be settled.

Pleading to be allowed to present the request to the Principal was futile as the duo arrogantly responded telling him stop bothering them, claiming no amount of intimidation would make them change the decision.

The students sobbing tears left the compound in company of her father and was so much traumatized by the administration over a balance of sh.23,000/= which the parents was enquiring to know why it was sh.23,000/= having presented a banker cheque of about 100,000 last term after being informed that there was accrued balance from previous years as the student is now in form three.

In fees payment, errors may occur of which parents should not be harassed and pressurized to look for money to incur expenses they are not privy to.