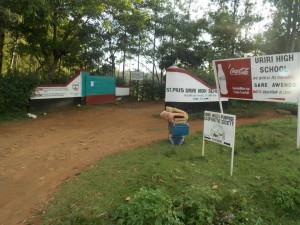 The four were arrested last week by Kenya National Examination Council officers after they were reportedly found cheating during the Biology exam.

The candidates were picked by the police officers who were called in by examination officials after they were allegedly found with a revision book and marking scheme for the exams.

But Chelegat defended the students saying Knec officials sneaked in the school through the fence and found the students revising.

“Knec officials when carrying out operation in an area should alert administrators instead of sneaking in schools over the fence,” he said.

Chelegat said during the arrest the students had their examinations disrupted as they were being investigated which was against their constitutional right to get quality examination.

But area police boss Jacob Kaberia had earlier said the two were found with examination material.

“The marking scheme bore the exact answers to questions in the Biology paper and we are still conducting investigations to establish how many students were involved,” said Kaberia.

Knec’s acting secretary, Joseph Kivilu, had named Garissa, Kisii, Oyugis, Nyamira, Rongo and Eastleigh in Nairobi as cheating hotspots when the exams started more than a week ago.