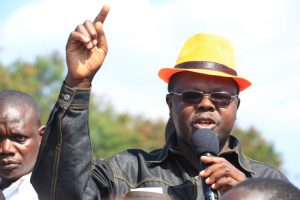 Migori senator by-election has been thrown into a spin after former cabinet minister Ochillo Ayacko declined an ambassador post by State House.

Ayacko’s move has fueled rumours that he will vie in the senator by-elections after his name was quickly changed and the position given to nearby Homa Bay county through Paddy Ahenda.

About a month ago, Ayacko also wrote to parliament to make about turn after being shortlisted as the chairman of the Salaries and Remuneration Commission.

Last week on Monday during the burial of Migori senator Ben Okello who passed on June 19 at Kanyimach primary School, Raila finally made Ayacko and governor Okoth Obado to shake hands.