Kendege TTI in Kuria East receives 100 million worth of equipment 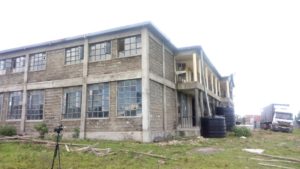 Kendege Technical Training Institute has received equipment worth  100 million shillings as the government looks to open the institution to students.

This is through a joint effort by the Kenyan and Chinese governments to build TVET institutions in the country.

Speaking at Kendege, Devolution Principal Secretary Nelson Marwa said the institution was in line with the Jubilee governments agenda.

“When President Uhuru Kenyatta and his Deputy William Ruto were pledging these things in their campaigns, people thought these are just stories,” Marwa said.

Marwa urged county residents to take their students to the institution to help uplift the education standards in the region.

“We don’t want the money spent by both governments to go to waste,” Marwa said.

In a move to ensure learning at the institution kicks off, Kuria East MP Marwa Kitayama said he’ll sponsor 80 students to the TTI.

“The MP said he’ll sponsor a students from each of Kuria East’s 80 pollings stations, ” the sub-county administrator Mary Maisori said.

Kendege TTI is 80 percent complete and will be opened with later this year.

The TTI is among the three in the County with one at Mabera in Kuria West and the other at Kakrao in Kuria East.