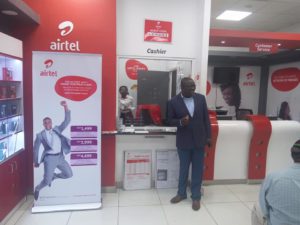 Suna West MP Peter Masara has called on NASA members to resist ladies from Central and Rift Valley regions of the country to ensure they don’t jeopardise the movement to liberate the country.

He said the ladies should be added to economic boycott list by NASA.

“In that list we should also add ladies from Central and Rift Valley region, in fact we should resist them as they are going to jeopardise our movement. It is not in bad faith, but we will resist them,” Masara said.

Masara said he has taken to resistance movement seriously, which he said succeeded elsewhere in more developed nations.

“Personally I found my wife had bought cooking oil from Bidco industry, one of companies blacklisted by NASA, and I poured out the products in the toilet,” Masara said.

On Tuesday, Masara migrated his mobile line from Safaricom to Airtel.

He said the boycott was key in saving the country from Jubilee, which he termed as a failed regime.

“Lecturers are on strike, nurses and clinical officers are from strike while even legislators’ pay have been erratic. Soon teachers will join in strike, that is enough even to resist,” he said.

He had faith for the economic resistance which he said had been successful in other more developed countries.