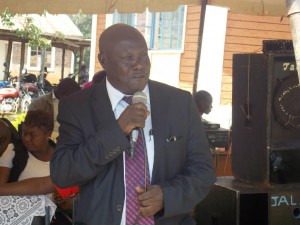 Uriri sub county commissioner George Chelegat said they were forced to use chiefs and their assistants to offer security in the ongoing national examinations.

Chelegat said they opted for the administrators as the area lacks enough security officers.

“We have less than 100 police officers which forced us to recruit seven chiefs and their 18 assistants to be used in examination centers to help boost security,” he said.

“If we were to use all our officers in examination centers we were going to be short of officers to help in boosting security,” he added.

Chelegat said that even though the administrators were not armed with guns, they provided better security at center as they had good rapport with locals.

“We never got any complaint from locals and the administrators were key in providing security and ensuring the exercise run smoothly,” he said.