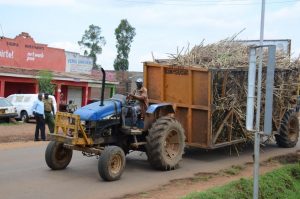 South Nyanza Sugar Company board chairman Ambrose Weda has claimed the company has lost almost Sh200million in controversy that has drawn in Migori politicians.

Weda who spoke to a local FM station in Migori town on Saturday said the amount lost is what the company wants to seek in loans for maintenance pushed from November to April next year.

Weda also said the management has lost Sh30million worth of sugar and overpriced a contract by almost from Sh8.9million to Sh2mmilion before the amount being paid in a single night.

“The board wants to know about those who are behind the fraud and they should be taken to court,” Weda said.

But Awendo MP Jared Kopiyo and his Uriri counterpart John Kobado said it is Weda was frustrating the Sony management and CEO Pamela Odhiambo.

They were speaking at a funds drive in Awendo constituency on Sunday.

The legislators said the board was holding meetings to draw allowances and vowed to ensure Weda is sent home.

“I will ensure Weda leaves, I will push him from Sony because we want leaders from the sugarbelt who know and feel the plight of farmers,” Kopiyo said.

Kobado accused Weda of frustrating and sending home seven senior managers in what he said has created a vacuum.

He accused Weda of playing politics with the company which is a lifeline for Migori county economy.