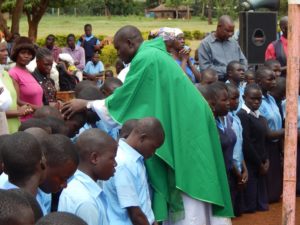 Prayers were Wednesday conducted at St. Anne’s Dede Primary School, Awendo, after pupils were allegedly possessed by demons at the school.

The sponsor, Catholic Church was called to cleanse the school as last Friday six pupils caused a stir during a prayer rally where they fell down and began speaking in tongues.

According to the school head teacher Elijah Otieno, the school had invited a preacher to the lead the students in prayer when the incident happened.

“We called another prayer meeting on Monday where several preachers and parents came together and a suspect was identified after the spirit filled prayers,” Otieno said.

Otieno said the parent to the girl behind the ‘demon attack’ said that those demons had been sent to her by another parent. 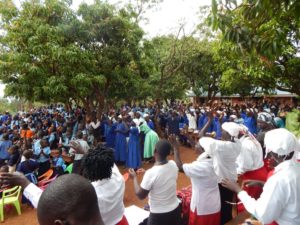 But Tom Obunga, the school’s Board Of Management chair, said they had to call in the schools sponsors to finalise the prayers before the school returned to normal.