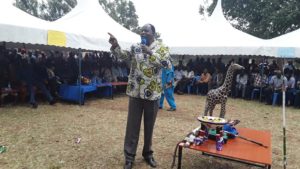 The Suba, though a minority can help decide the outcome of the October 3 by-election for the third county senator.

Dalmas as accompanied in public for the first time by Migori governor Okoth Obado at a function held at Nyamome Primary School in Suna West sub-county.

READ ALSO: OBADO: I respect Raila, but I support Dalmas over Ayacko

Speaking at the function, Dalmas said he was keen in uniting the county and help bring in investors.

Dalmas will vie on Independent ticket, with a giraffe as a his symbol, which the elders gave to him through a carving. 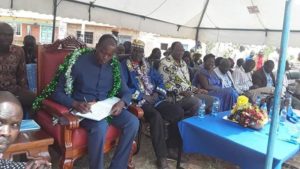 Ayacko was handed the ODM direct ticket in a nomination exercise that has divided the county.

Dalmas has chosen the endorsement path to directly campaign to specific groups instead of seeking mass rallies, a strategy which Obado used in August 8 elections to floor Ayacko.