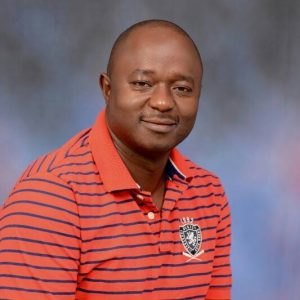 Uriri constituency MP candidate Mark Nyamita got a major boost on Monday when governor Okoth Obado threw his weight behind his bid.

Obado’s public endorsement and support after Nyamita dropped his governor bid to help the governor re-election bid is a plus in election results which will be picked through clan basis.

On Monday during the Nyanza Presidential Campaign Team drive in the constituency, Obado said he has been working closely with Nyamita which should be replicated in August 8 poll.

“So far we have worked together without any difference, it is Nyamita all along in the matter and that is the agreement we had entered in the matter,” Obado said.

He added: “Even before August 8 we have worked smoothly with Nyamita, people gave us the ODM tiket and we will ensure we offer services,”

This comes after strained relations with the incumbent John Kobado who will vie as Independent after he started warming up to fellow Independent candidate John Kobado.

They both hail from the same populous Kanyamkago clan in Uriri which makes about 40 per cent of votes while the rest of clans and other tribes make the rest.

“The best part of the Kanyamkago clan is that they have structured system of elders to get a bloc vote, while the others are not coercive despite being more,” an analyst told Migori News.