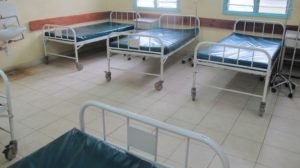 Migori County Government has refuted allegation being spread on social media that two people have died of cholera related exercise that has been reported in the county.

According to the County Director of health Elizabeth Mugamb,the tests shown from the two bodies of the deceased are found to be negative with no signs of cholera as it was earlier on reported on social media that sparked fear among the residents of Migori County.

“The tests in the laboratory from the specimen taken from the dead bodies did not show any effects of cholera in them as it was alleged by some people on social media in the county but the two died after having acute watery diarhoea in Awendo town,” she said.

The director said that they had received reports from the relatives of the two deceased members of the family that it may have been cholera but the situation could be contained if they get to know the cause of the a cute watery diarrhea so that action is taken fast to curb the spread.

“We received the report today morning and our officers ran to that ground to collect specimen from the bodies that were sent to the laboratory and it came out negative but we are monitoring the cause of the situation so that our officers can help to curb the spread of the diarhoea,”she added.