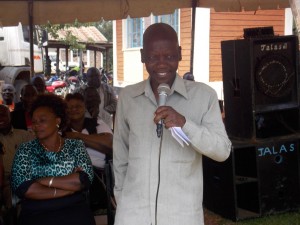 Migori legislators are planning a meeting with governor Okoth Obado in Nairobi next week to help streamline frosty relations between them.

Through the Migori County Parliamentary Group the legislators had a meeting in Nairobi last week and they have invited the governor to Nairobi this week and usher in a meeting in Migori at a later date.

The legislators also agreed they will have a meeting with MCAs at the county assembly to help aid in development of projects.

“We want to seek ways of working together as elected leaders and iron out the frosty relations between national and county leaders,” Uriri MP John Kobado and secretary of the PG said.

This meeting follows a successful one organised by the PG at Maranatha Hall last year. The next meeting was to involve county leaders going to Nairobi.

Speaking to Migori News, Uriri MP and Secretary to the PG John Kobado the meeting is to seek way to amend fences with Obado in a round table meeting.

“National and county leaders should work together and put aside political differences which have been sparked off by conmen benefitting from the rift,” Kobado said.

Rongo MP Dalmas Otieno was away in Juba for peace effort in South Sudan while Shadrack Manga (Kuria East) and Dennitah Ghati (Women Representatives) were absent with apologies.

Legislators said there is no bad blood between them and Obado and seek to streamline any disagreement through the meetings.