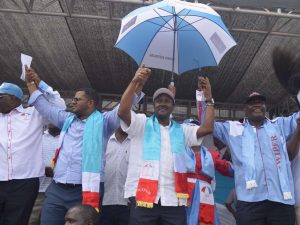 The fear of being locked out of the ODM nomination has seen governor and other seats aspirants to seek out the National Supper Alliance affiliated parties.

In Migori county Ford Kenya and Wiper has recorded interest from governor aspirants including some of six who have already paid ODM nomination fees.

Samuel Migore, the Migori county Ford Kenya chairman said he will vie for Suna West with others from Uriri (2), Kuria East, Nyatike and Suna East constituencies.

The two told Migori News they have over 15 MCA aspirants in both parties across all 40 wards in the county.

Wambura said most politicians in the Orange party are afraid of being locked out of the shambolic nominations which has made them a better option.

“We are sending a strong message to the Orange party that this time round we are banking on making our party strong in the county,” Wambura said.