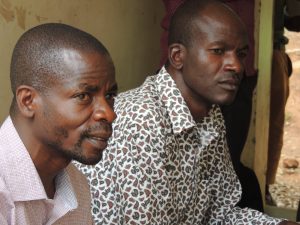 MCA’s from the Migori assembly have threatened mass action over skewed distribution of ward bursary by the county government.

This is after waiting for their bursary allocation for two financial years with no success.

Several MCA’s yesterday led residents to the county education office to inquire why the distribution of the was taking long.

The disbursement had had been scheduled for Monday, (yesterday) but the process was called off under unclear circumstances.

According to Muhuru MCA Hevron Maira, he had scheduled bursary distribution in his ward only to receive a notification about the cancellation late in the night Sunday.

“We are angry about the cancellation of the bursary distribution which was supposed to take place yesterday and this people have come to demand for their bursary,” Maira said.

Member for Kaler Thomas Akungo said it was not in order for MCA to be taken round in circles over the ward bursaries.

He said that many students had registered for the bursary and were completing their education cycles and were yet to benefit.

“Some students have also completed from colleges and had their bursaries approved in January, we are wondering where this money will be taken to” Akungo said.

The MCA said the executive was using the bursary distribution as a campaign tool for the oncoming senate by-election.

During a Senate campaign trail by the ODM team in Uriri, Graham Kagali, South Kanyamkago and Bon Oremo, East Kanyamkago found it hard explaining to residents at Oyani why they had not disbursed the bursary.

“This money has been withheld somewhere and we ask you to be patient as our hands are tied in this matter,” Kagali said.

Wyclife Arodi, a postgraduate student wondered why the process was being called off yet the cheques had already been signed.

“We don’t understand why the county should withhold the cheques yet schools are waiting,” Arodi said.

The bursary distribution may have been called off due to the absence of Governor Okoth Obado who has been overseeing the process.

Last month, he led the disbursement process in a number of wards in Kuria constituencies.