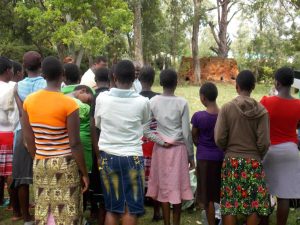 Anti-FGM board chair Linah Jebii and Kuria West MP Mathias Robi has warned the law enforcers against laxity in dealing with FGM in Kuria region.

The two said chief and their assistants from Kuria region will face dire consequences for failing to enforce the ant-.FGM laws.

“They will be held accountable in any cases of FGM reported as they should enforce the law without fear or favor,” Kilimo said.

Speaking at Kehancha in Kuria West Sub County during the opening of a three days anti-FGM advocacy training programme that brings together, the provincial administrators and stakeholders, she said security officers.

“We are optimistic as a board that the FGM in Kuria region will end with enforcement of the new law,: he said.
Robi urged the Kuria community to shun the vice.

“Many chief and even elected leaders from the region are afraid of talking about FGM because of the threats from the kinsmen, however I will stand firm to see that the community stop FGM,” he said.