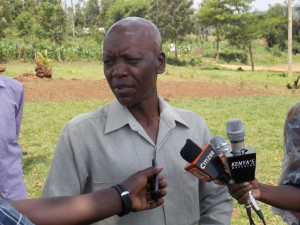 Uriri MP John Kobado while addressing the press in his constituency 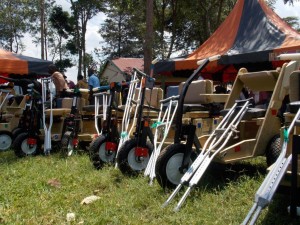 Uriri MP John Kobado is targeting 27,000 new voters in a massive registration drive in his constituency.
The legislator says the constituency has a potential of reaching over 65,000 voters mark in a move he said will ensure all residents participate in their democratic right to elect leaders.

“We have been rolling the exercise in the last three weeks and the response has been positive as we have just doubled the number of voters at Midida and Got Sibuoche polling centers,” he said.

Kobado has personally contributed in hiring and facilitating movement of ten youths in the constituency’s 81 polling centers in five wards to compliment five IEBC staff in the area.

“The group underwent training and are working closely with youths and their assistants to also ensure we register as voters,” he said.

He was speaking last Monday when he rolled out wheelchairs and crutches to benefit over 300 people living with disability at Kolwal Disability Center.

The center was also equipped with specialised computers which offer education curriculum for its 350 diverse students donated by Deaf Aid.

The legislator said that disabled parents will be given priority in the constituency CDF bursary allocation a move which was lauded by Bernard Ochuodho, the county chairman of Network for Disability and Community Development.

Ochuodho also lauded the move by the legislator to set aside 13 per cent of allocation for people with disability in the CDF kitty.