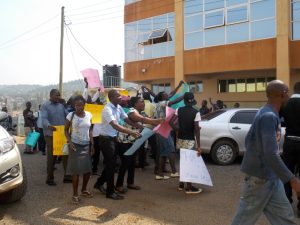 The Kisii University Migori campus branch have appeared before the Migori assembly on Monday over tribalism in employment.

The three staff who appeared couldn’t produce the full list of all employees when they appeared before the special committee chaired by Ikerege MCA Merezza Tingo Akell.

“The staff did not carry with them a list required by committee saying only the vice chancellor can produce it,” Akell said.

She said the sitting was suspended until they produce the document.

On May 5, George Omamba the North Kanyamkago MCA brought a petition in assembly saying the university has employed
less than 70 per cent of locals in their campus in the county