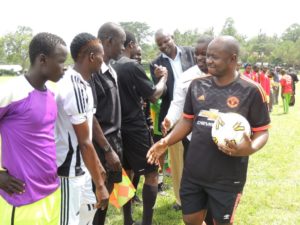 Uriri Member of Parliament Mark Nyamita has called on students to actively participate in the ongoing constituency sports tournament to win scholarships for their studies.

This was after officiating the launch of the tournament that will draw teams from the four county assembly wards.

The tourney that kicked off today will run through to the 31st of this month where teams that will proceed from the ward level will compete for cash prizes and a trophy that will be rotational.

Nyamita urged students to join their local teams and showcase their talents to stand a chance of being sponsored in their studies. 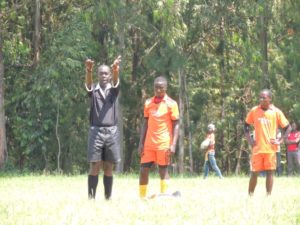 “We are urging all the youth to take part especially the young ones who finished KCPE who are waiting to join high school,” Nyamita said.

He said the youth were going to be considered in the Constituency Development Fund bursary kitty whose application will run from this December to January next year.

“Those who are good in sports but probably not able to afford their school fees, we are going to give them consideration as we start our bursary program at the beginning of next year,” Nyamita said.

Nyamita said another tournament will also be sponsored using the CDF kitty.

“We intend to have at least some sports activity every single holiday when our young people are out,” the MP said.

The Uriri MP said he had come up with this initiative to build a team for his constituency that will play in the Kenya Premier League.

He also said that he had invited scouts from bigger teams to come and pick talents from the tournament to the big clubs in the country.

“My vision is that over the next five years we can have a team from my constituency that hopefully will get to play even in division one of Kenya Premier League,”  Nyamita said.

Nyamita urged businessmen in Uriri to take advantage of the tournament and sell their wares in the different venue that the sporting activities will be taking place.

He said that the county government was also going to launch its tournament in future.