Notice: Undefined offset: 2 in /home/absalogi/public_html/wp-content/plugins/visitors-online/visitors-online.php on line 438
 I have been blessed by Dalmas to vie, Osiany after being installed by elders | Migori News

I have been blessed by Dalmas to vie, Osiany after being installed by elders 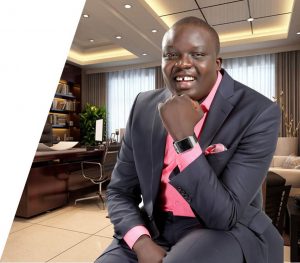 Political battle is raging in Rongo after David Osiany who is an ODM activist folded his sleeves to face the incumbent Hon. Dalmas Otieno in the Rongo Parliamentary seat.

This is after he was officially endorsed yesterday by the Kamagambo Elders at his home in East Kamagambo village Rongo sub-county.

On his address to elders who were enthusiastic to know his position and the relation between him and Dalmas Otieno, Osiany said he had sort blessing from Hon Dalmas whom he said is intending to contest for higher position.

He was categorical of clinching the seat after prolonged deliberation with Hon Dalmas who promised to back him as he had been deemed tested, tried and proven fit for the challenges such responsibility entails.

“You are the only person whom I have tested can put on my shoes if I leave and with respect for Hon. Dalmas and as his son he has blessed me and I must forge ahead,” Osiany quoted Dalmas.

His policies are based on medical institutions, schools and infrastructural development among others saying it is time when the youth of this country are given a chance to raise into leadership positions.

Elders led by the Kamagambo Luo council of Elders Lameck Orieko learnt mischief on the aspirant’s claims and instead advised him to vie for the seat as an individual without dragging other people’s names in his campaigns.

He confirmed that they back David Osiany for the seat promising to support his candidature as long as his candidature is based on the expectations of the needs of Rongo residents.

The question left with the constituency is if the endorsement of Mr. Osiany will bring any political dynamic in the region after Dalmas Otieno declared to defend his seat in 2017.