Here are 10 senate aspirants seeking to replace Dr. Machage, who will prevail? 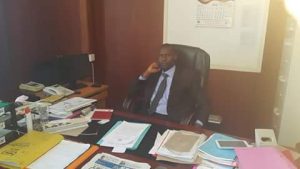 The race is on to elect the second senator in Migori county with 10 aspirants already declaring interest for the seat.

The aspirants have launched off campaigns with some already meeting people as bruising campaigns are already looming.

Suna East has produced the highest number of aspirants at five with Awuonda leading them followed by immediate former speaker Gordon Ogolla who was impeached by MCAs last year.

“I can’t openly declare my candidature as I am still a civil servant, but it is still open on the table,” Awuonda said.

Roy Obwanga, a political activist points out that the next senator will be picked based on a lineup with a strong governor candidate.

“If a senate aspirant shared a sub-county with a strong governor aspirant then his chances become lower, that is why Suna East with a strong candidate has more aspirants,” Obwanga said.

Obwanga also said ODM, as a popular party in Migori will also hold sway in determining the next senator.

So far the incumbent has been silent over his reelection bid with mixed signals indicating he might vie for governor or Kuria West parliamentary seat.

One thought on “Here are 10 senate aspirants seeking to replace Dr. Machage, who will prevail?”