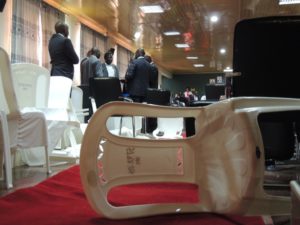 Anayo said he wanted to support his friend who was “being blocked from vying.

He said there were plans to block North Kadem MCA Boaz Okoth from vying for the seat that has been declared vacant.

High Court Judge Hillary Chemitei had ealier ordered for fresh election of the speaker and deputy within fourteen days of his rulling.

This was after Advocate Kerario Mwita filed petition challenging the election of Okoth and his deputy George Omamba.

Anayo said North Kadem residents wanted him to succeed Okoth after he was elected as speaker on August 31.

“I told them I will never vie as MCA in Nyatike which I consider below me now, but I have declared interest to be Migori speaker if attempts to block Okoth sail through,” Anayo said.

He said he has taken the move as Okoth friend and because he hails from Nyatike, which is the most vote rich constituency out of eight in the county.

The former MCA said he will stand to represent the county better as he knows that plight of MCA as he was in that position and a minority leader who took part in house business committee.

But a County assembly employer Charles Alao went to court seeking to stop Okoth from contesting as speaker because he is yet to resign as MCA as required by law.

Alao obtained temporary orders stopping a planned speaker election last Thursday until first respondent Okoth, clerk of the Migori assembly who was a second respondent and IEBC as third respondent file their submission on today.