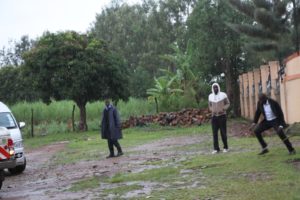 Officers from the Ethics and Anti-Corruption Commission yesterday pitched camp in Migori County and raided several premises of officers allied to the County government.

This led to drama as they engaged members of the press in a cat and mouse game while trying to evade the press.

The chase almost turned ugly when one official threatened to pelt a vehicle ferrying journalists with stones for trailing them to a home in Uriri Sub-County. 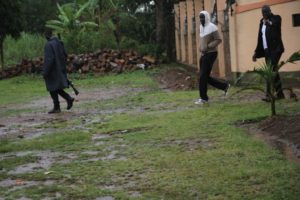 But when contacted a public relations officers from EACC identified as Abdul Mohammed confirmed that EACC officers were indeed in the county but would reach back to us “after consulting.”

Another officer Yasin Aila said over the phone he would get back to us with details.

Our calls went unanswered when contacted later for comment.

When we caught up with the sleuths at the home of a renowned businessman  in Uriri, a police officer we found outside the home said he was just on duty.

“We have been here since 7am in the morning, we have been on duty,” an administration police officer attached told the press outside the house.

Two Toyota Hiace private vehicles with armed APs were packed outside the homestead and a man who introduced himself as EACC official told journalists to leave the compound as it was a private property. 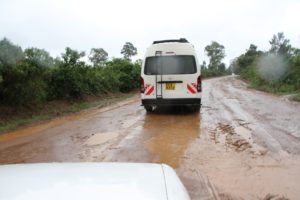 “This is a private property and we demand that you vacate this area with immediate effect. Get out of here, we will be at Migori police station you can wait for us there” the officer commanded.

The detectives also raided another business premise in Migori town and stayed there for hours before walking a way with a computer.

Migori AP commander Julius Mukanda said some of his police officers had been sent to Uriri.

“I am aware of Administration Police officers who were called for an operation in Uriri sub-county by area police chiefs, the operation was legal but I can’t confirm If they were in the raid,” Julius Mukanda

On August last year the Ethics and Anti-Corruption Commission said they were investigating Sh2.6 billion payments made by the Migori devolved unit.