Despite Raila withdrawing, presidential vote will be October 26- MP Robi 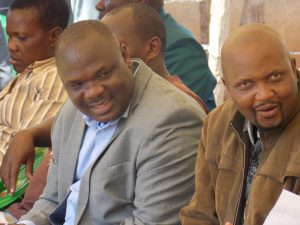 Robi said Kenyans are in state of confusion because they don’t know the intention of Raila over this country when he leaves the country at this needed time.

The legislator noted that the motive of opposition is to create a state of anarchy and confusion in the country which may cause violence in many parts of the country.

He said Jubilee has campaigned successfully all over the country while exuding confidence that they will garner more votes than what they got during August 8 Presidential elections.

Robi supported election amendment laws pushed by the Jubilee saying they are meant to fill the gap not clarified by the constitution.

The MP castigated the Nasa anti-IEBC demonstrations that are held in the country terming them a waste of time and meant to allow economic sabotage in many parts of the country.

He added that the Jubilee Party will get more votes than it did in the August 8th polls as they have campaigned well in all the areas across the country.

He delved into the issue of the opposition leader’s trip to the United Kingdom at this time when the country is remaining with a few days to the repeat polls.