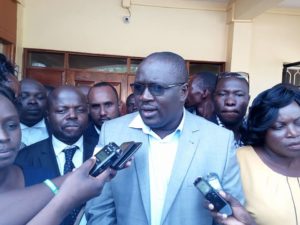 Election of  Hon Peter Masara as the Member of Parliament for Suna West MP has been upheld.

Migori High Court judge Hillary Chemetei threw out a petition filed by former Suna West MP Joseph Ndiege who will bear the cost at Sh3m(Sh1.5m to IEBC and Sh1.5m for Masara).

Masara won by 19,395 votes on Independent ticket followed by Ndiege who got 18,316 votes on ODM ticket.

Joseph Ndiege said he was going to consult his lawyers whether to appeal the decision or not.