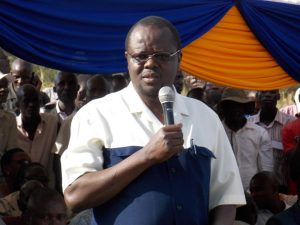 In his ruling, high court judge Hillary Chemitei dismissed the petition against the election of Okoth Obado as the governor of Migori for lack of compelling evidence.

But speaking to the press after the ruling Ayacko said  he was going to consult his lawyers before appealing the courts decision.

He said he has no reverse gear on matters of justice and he has seen several gaps in the court verdict that he is going to analyze with his legal team before he announces his next course of actions to get justice.