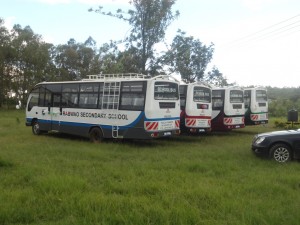 “We have already allocated the amount in the current financial year and we expect to finalise the purchase in next four months,” Anyanga told Migori News.

Addressing principals from all 56 secondary schools in his constituency recently at Moi Nyatike Boys in Macalder, the legislator said the kitty will give education a huge priority as most functions like roads, market, health and agriculture have been devolved to county.

Kenaz Rakiro, the Sori Secondary School principal and Nyatike chairman of Kenya Secondary School Heads Association (Kessha) lauded the move saying principals have already set aside projects to be funded by the kitty.

“We have so far produced over 37 documents with projects we seek to be funded by the kitty and we will help pick the most urgent,” Rakiro said.

He said the promise is attainable as on November 30, 2012 Anyanga helped four school to acquire four fully funded buses at a cost of Sh18million for Rabwao Mixed, Bande Girls, Kibuon Secondary and Lwanda Magwar Secondary school.