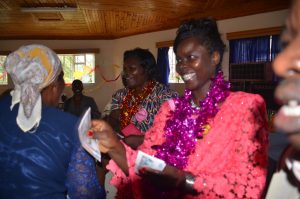 Migori governor aspirant Anne Omodho Anyanga on Tuesday continued with her silent campaign to form the next county government.

After making an impact during the last Cord rally in Migori county on July 8, the aspirant met opinion makers from Kuria communities.

“We seek to have an exclusive government that will have interest of the Kuria community to the personal level without need to have a few individuals benefit from the community,” she said.

She said her offer to have a deputy from the Kuria community still stands, but maintained the deputy position can still be dictated by the Orange House.

“Last election I was on the forefront to have the ODM ticket, but I was prevailed against to be the deputy,” she said.

She said currently among those who have declared interest for governor position none is worth even to be her deputy.

“We have a corrupt candidate who has ensured we don’t have medicine in hospitals and another who failed as a legislator, they can’t even make a cut to be my deputies,” she said. 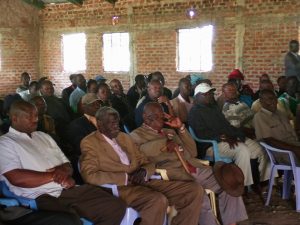 Later at Maranatha Hall in Migori town she presided over a funds drive by Suna Girango Welfare Group in aid of buying a bus where she donated Sh70,000.

She said in last polls she stuck by Prof Edward Oyugi, who was from Suna area and expected the region to repay her support in next polls.

“The current administration has taken upon itself to victimize our supporters from Suna East and Suna West constituencies which will never happen for another five years as we are sure to form the next government in the county,” she said.

Roy Kobwanga, an official at Team Anne Campaign secretariat said the current county government administration has nothing to show for development money running into billions.

“So far for five years we have received billions minus the money siphoned off or those for recurrent expenditure each 40 wards should have had at least Sh800million for development. That is simple arithmetic, But no ward can pinpoint any tangible development,” he said.