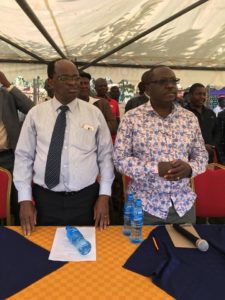 On Friday, Abuor and the university VC Prof. Samuel Gudu said the project will be jointly completed between the institution and NG-CDF.

During the ceremony, area DCC Joseph Satia said he will help in placing police at the new post once completed.

“We had complains from students and locals over raising insecurity in the area targeting students, we have a solution to boost it,” Abuour said.

This comes only months after the legislator also launched a street lighting project around the university in a measure to boost security as students move between the institution and their hostels.

Later he held development meeting with the residents of North Kanyajuok Sub location.